What is wrong with American healthcare? Why does it cost so much? Clearly it needs reform.

How do we achieve these things? Let’s take a look.

I will give you an example: 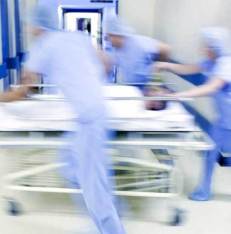 Fred, (a man from out of state) once stumbled into my ER with acute duodenal ulcer with perforation. He was septic. I’ll call him Fred because I don’t remember his name. Fred was not insured. Normally, non-emergent patients are stabilized and transported to a not-for-profit like IHC so a state-supported facility could eat the cost of treating him, not us. But Fred was hours from death. He would not survive the transfer. After all the labs and rads were done we decided on emergency surgery. We did the surgery, recovered him, admitted Fred as an inpatient two days in ICU, infused him with powerful antibiotics, and moved him to the med/surg unit for six more days before he was discharged. Fred’s bill totaled $95,000 and yet, he came to us close to death and his life was saved.

You see, providers are required by EMTALA requirements to treat a patient if he is emergent.

So what happened to Fred’s bill? We billed his address in Arkansas for two months before sending it to collection. After two more months the collection agency referred it to legal, only to have him disappear and the bill never to be paid.

Providers call this “uncompensated care” or bad debt. In many hospitals, uncompensated care is their 3rd highest cost (after labor and supplies) and ranges between 10% to 40% of a hospital’s total costs!

Every year my corporate management asked me and every other hospital CFO to raise rates in an amount equal or higher to last year’s bad debt. If our bad debt was 14%, I raised rates by 14%. That’s how it worked at our hospital, dollar-for-freakin-dollar.

Here’s how the dominoes fall:

This is the vicious cycle of healthcare inflation. 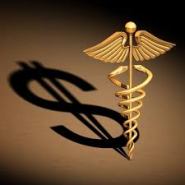 In other words, you and I and every single other patient and insurance company which used our hospital paid for Fred’s $95,000 bill! In fact, America was lucky he skipped out completely. If Fred had been like most people he would have filed bankruptcy, discharged all of his other bills, and made us pay for that too in the form of higher interest rates on consumer debt, mortgages and credit cards.

Don’t you see? This affects everything.

Imagine now if everyone was insured and we could eliminate the bad debt inherent in our healthcare system?

If you sum up the bad debt, charity care, and discounts given by every hospital and doctor’s office in America you get $400 billion… EVERY YEAR. That’s right folks, in the last 10 years the American economy lost $4,000,000,000,000 (yes that’s trillion) due to the sum of uncompensated healthcare costs which are passed along to all of us.

This is why healthcare costs have increased by an average of 12% a year for the last 20 years – three times faster than wages over the same period.

So there you have it. We had “socialized” healthcare all along and we didn’t even know it. Those who can & will, pay for those who can’t & won’t. It is pure income redistribution. Some say socialism doesn’t work. They are right. It hasn’t worked in American healthcare in the last 50 years.

Want to reduce costs? Easy. Get rid of bad debts.

Many say, “Why doesn’t everyone just pay their bills?” Pretty easy isn’t it. So why won’t they?

Like these questions there is no good answer. Many can’t pay. Some won’t. What if we had a system where everyone had to pay their bills, and were able to? What if everyone had insurance and could afford it?

This is called Universal Coverage.

If Fred had insurance, his bill would have been paid (at least mostly). We would not have needed to pass that cost to other patients. Extrapolate Fred’s situation to the millions of other patients who have not paid their bills and you begin to get a sense of the impact. If we can achieve universal coverage, we eliminate a majority of our uncompensated costs. The $4 trillion would no longer be passed along to other patients. Hospitals and doctors, finding themselves with lower costs can compete better for patients based on price. Insurers, finding themselves with lower paid claims, can LOWER their premiums. For the first time in decades, the cost curve begins to bend downward.

“But I can’t afford insurance.”

No wonder. The family plan I now have costs $1,640 for the monthly premium. This exact plan costed $210 a month in 1989. Admittedly it will take time for the economics to make an impact. But remember, we don’t necessarily have to REDUCE premiums, we just have to reverse the trend of premium inflation exceeding wages. If we can reduce premium inflation to a lesser rate than wages, eventually healthcare becomes affordable again. We have to take this new path. In the meantime, we must make allowances for those who truly cannot afford insurance and help them to get it so the vicious cycle of bad debts described above does not continue.

With universal coverage each one of us will finally be responsible for our own selves, we will eliminate the freeloaders like Fred, and we eliminate all the socialism inherent in our previous system. Counterintuitively we actually increase personal responsibility through universal coverage by allowing everyone to at least pay something for themselves.

Some day we will join much of the world and implement a single payor plan or even a national health plan, but I doubt the American political psyche is ready for such a leap. We’re too polarized, and we have become overly indoctrinated against the idea of “too much government control.” This is unfortunate, as the lowest cost healthcare in the world uses this model.

There are many paths to universal coverage.  It has been successfully implemented throughout the world resulting in lower treatment costs and still maintaining equal –or better– clinical outcomes. It can be done, we just need to make the decision to do it. 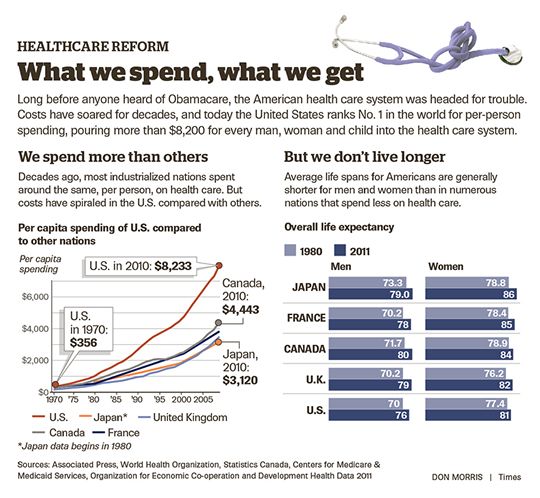